Voluntary Commitment to the Community 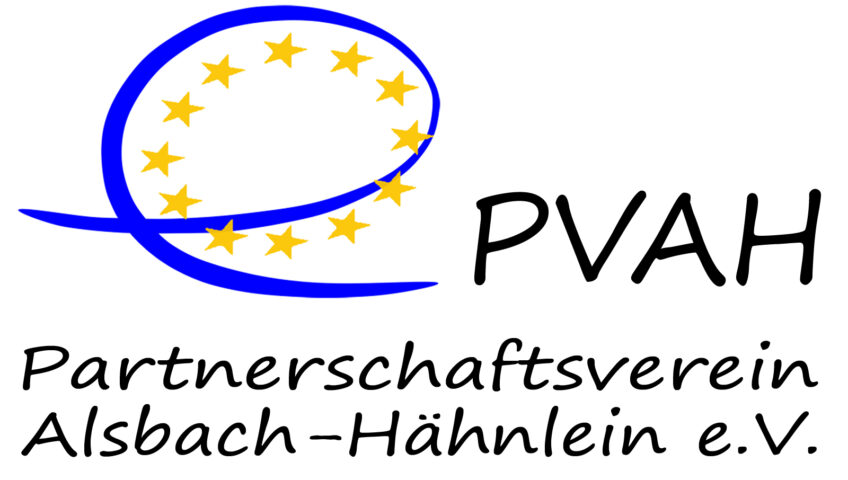 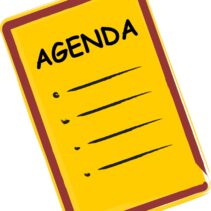 Due to the pandemic, the kick-off meeting is now taking place with a one-year delay. After four virtual conferences, all partners are now meeting in Alsbach-Hähnlein.

Key Note Speach (Europe – yesterday, today, tomorrow) *Courage for the future – what young people at a European School expect from Europe * Examples of good practice *Discussion with the youth organisations of the political parties 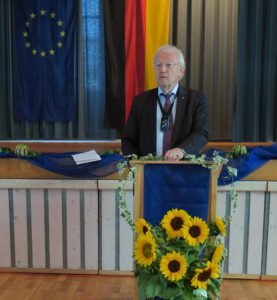 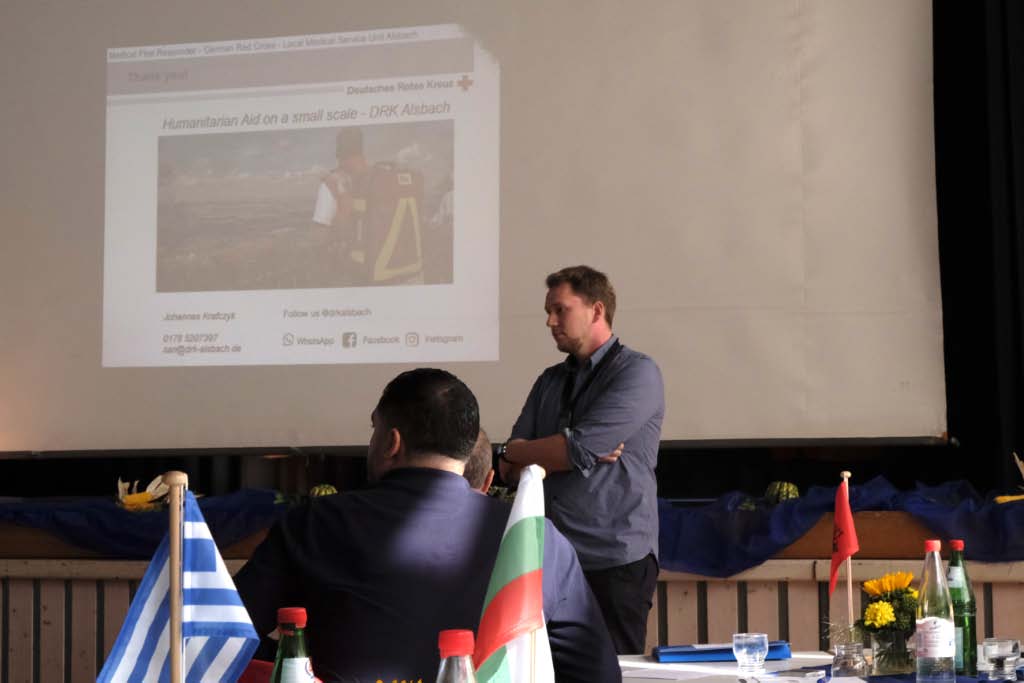 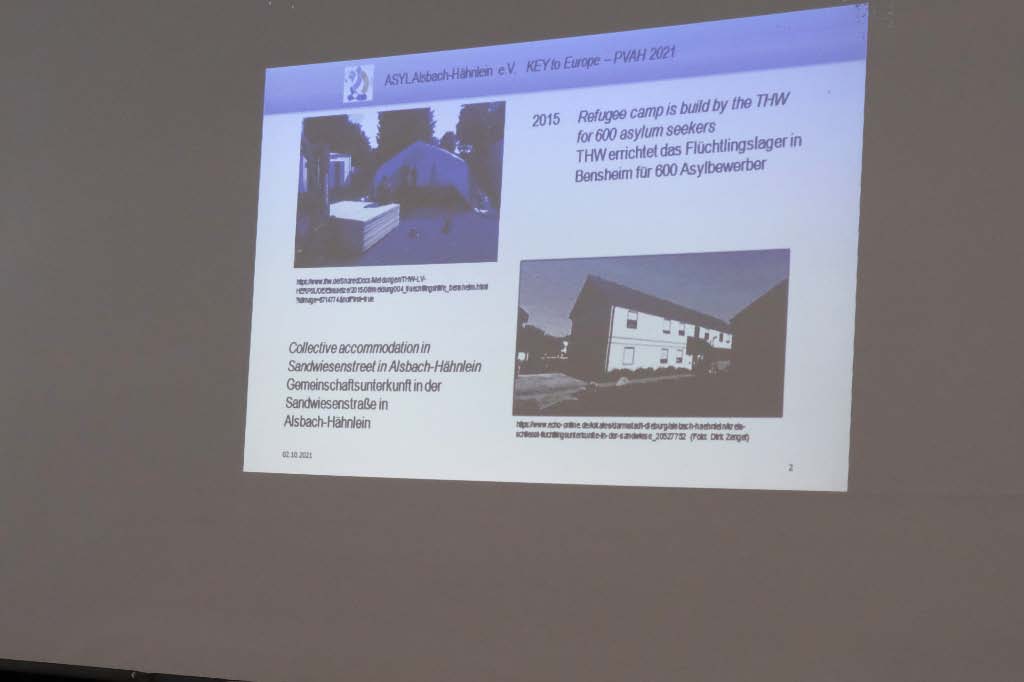 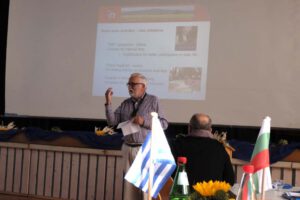 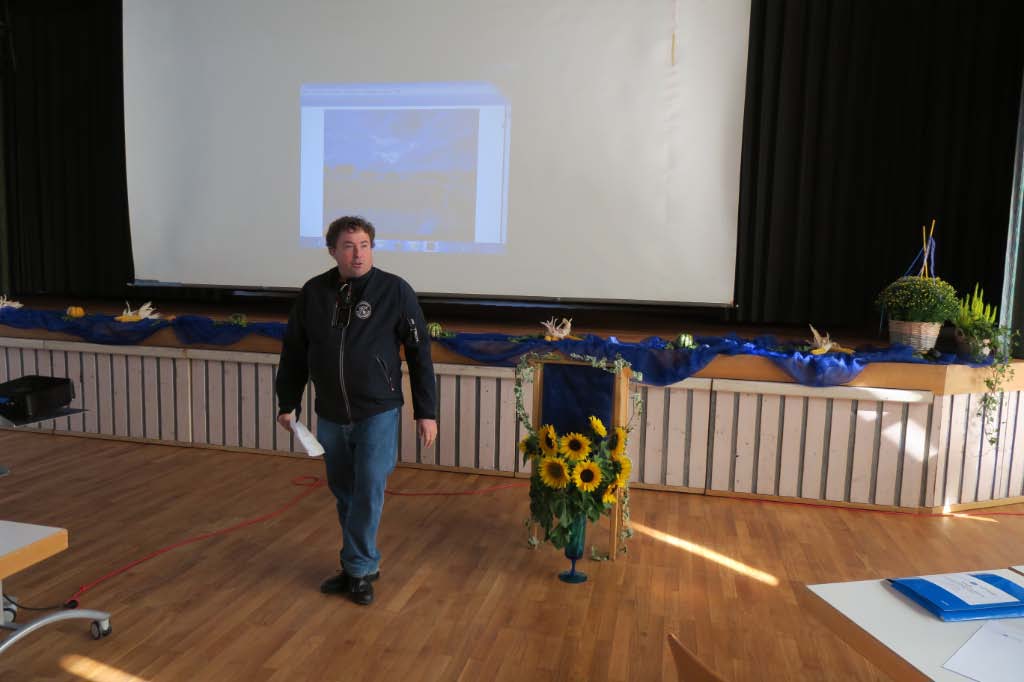 Firebrigade helped with the Bushfire in Greece 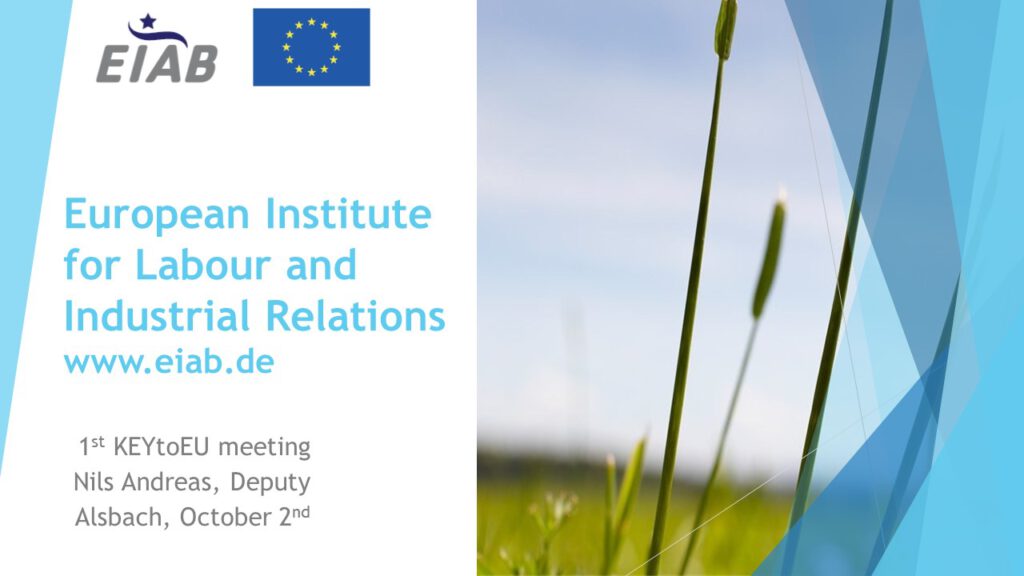 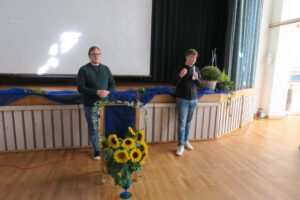 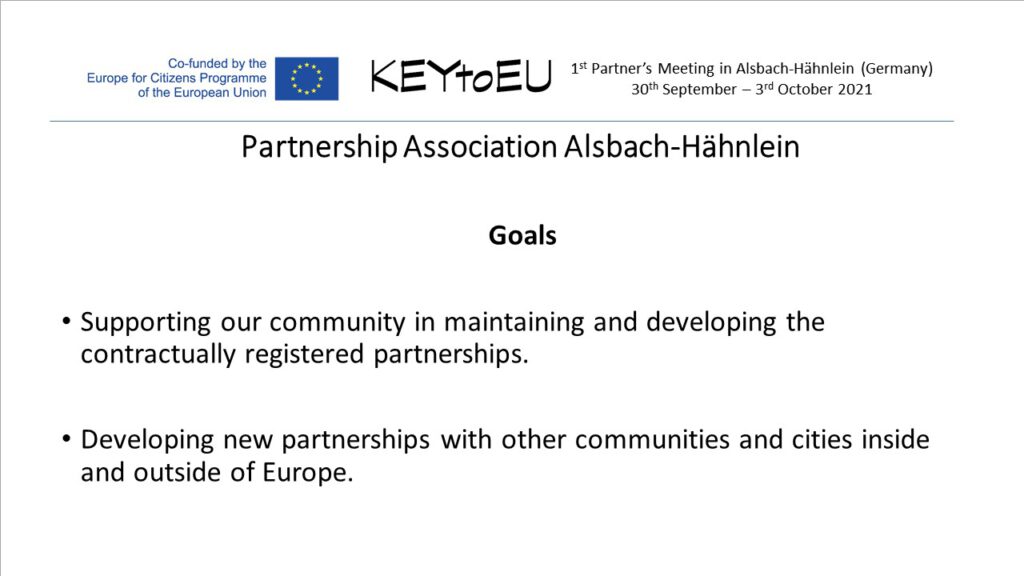 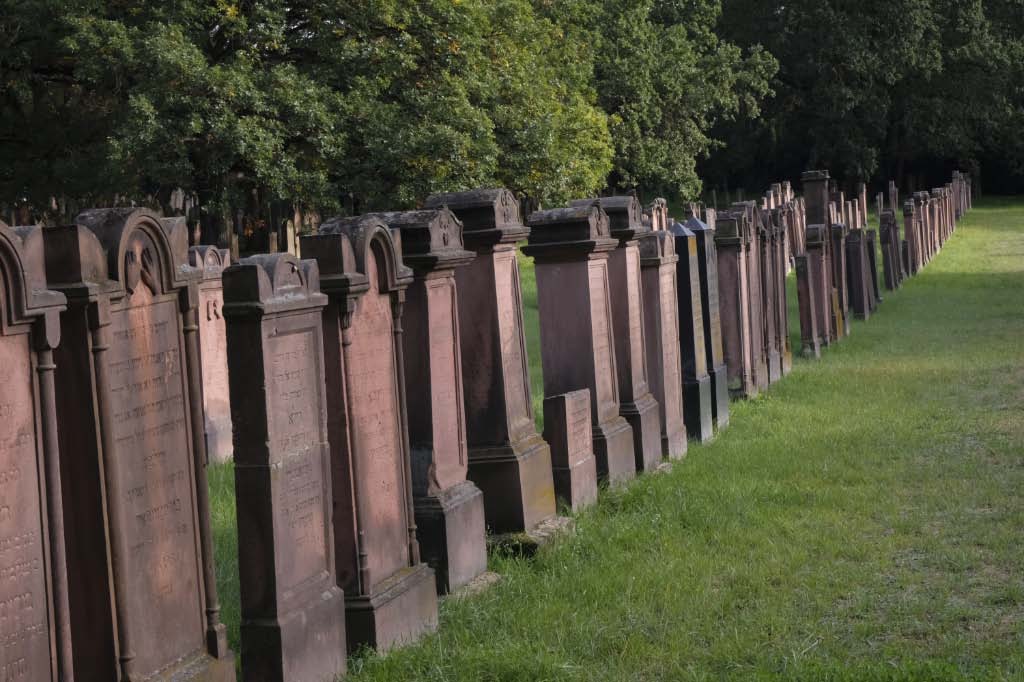 Article on the website of the Municipality of Kozloduy

With Solidarity into the Future

Translation of an article by Claudia Stehle published in our local newspaper “Darmstädter Echo”, of Sept. 30, 2021

Alsbach-Hähnlein. What does solidarity mean in other states of the European Community (EC)? How do European neighbours treat different-minded people, people of different faith and people of different colour? On these subjects, 22 participants from eight European communities will exchange their views at Alsbach-Hähnlein. During the weekend, the Partnership Association Alsbach-Hähnlein will be the host of the kick-off event for a new EC project for citizens bearing the title “Solidarity – key to solving social problems and supporting the evolution of Europe in future”.

“This project has solidarity and its value in EC states as a central subject where we wish to highlight what solidarity means to the citizens and minorities in the individual countries,” Mr. Hans Herrmann, chairman of the host association, explains.

During the sessions, similarities and differences shall be highlighted and what they mean to the respective citizens. Solidarity is seen as the key for the future. Therefore, young people shall become involved, e.g. the youth representatives of the political parties as well as the pupils of the European School “Schuldorf Bergstraße” at Seeheim-Jugenheim. “It goes without saying that all of us will have to ask ourselves what solidarity in Europe means to us and what we expect from solidarity among the European countries”, says Mr. Hermann. This, the more so, as in the meantime in almost all European countries there have increasingly been nationalistic tendencies.

The guests from Albania, Bulgaria, Greece, Italy, Poland, Czech Republic, Spain and Hungary will arrive on September 30 at Sandwiese district. On Friday, October 1, the meeting will be opened at Bürgerhaus (Community Centre) “Sonne” with a greeting by the Mayor, Mr. Sebastian Bubenzer (CDU = Christian Democrat Union).

A discussion meeting at the international sector of Schuldorf Bergstraße will also be part of the programme. “Courage for the future – what young people at a European school expect from Europe” is the title. On the second day, the focus will be on examples of solidarity at Alsbach-Hähnlein. The Asylum Association, the Red Cross, the Neighbourhood Assistance Association, the Partnership Association, the Climate Council and the European Institute for Work and Industrial Relationships will be presented.

Voluntary Work and Solidarity in the EC

Translation of an article by Claudia Stehle published in our local newspaper “Darmstädter Echo” of October 9, 2021

Alsbach-Hähnlein. The partnership association of Alsbach-Hähnlein comes to a positive résumé as host of the kick-off of the European project “solidarity – key to EC” with participants from eight European communities. Represented also were the Hungarian twin town Dósd and the Italian Community Sulmona with whom Alsbach-Hähnlein intends to conclude a town twinning contract.

Doing so, the community located at Bergstraße once again participated in a project financed by the EC, which addresses the citizens in the context of “Europe for Citizens”. “After this three days’ event, our guests understood how solidarity is being practised in Germany and which role is played on the one hand by voluntariness and on the other hand by the associations”, states Mr. Hans Hermann, chairman of the partnership association.

“We saw how projects are being realized voluntarily while at home we wait for the community and its employees to become active”, Mr. Athanasis Zekentes, Mayor of the Greek community of Atalanti summed up his impressions.

At the beginning, the guests were greeted by the Mayor, Mr. Sebastian Bubenzer, and by the Hessian Secretary of State for European Matters, Mr. Mark Weinmeister. Mr. Joachim Felix Leonhard then presented a historical outline on Europe with a view towards the future, before the participants started working. First, by exchanging mutual opinions, it was clarified which importance solidarity holds in the home countries of the participants. “Doing so we learnt how diverse solidarity is with a spectrum ranging from tolerance via assistance to transparency,” Mr. Hermann explained.

The hosts illustrated solidarity in this country with presentations by associations of the community such as Neighbourhood Assistance, German Red Cross or Fire Brigade. A further important aspect during this meeting was involving young people. Thus, the hosts had invited youth representatives of several political parties and together with their international guests paid a visit to Schuldorf (School Village) in order to discuss about solidarity and sustainability with school students of the higher classes.

After this start at the German partner to this project, meetings will follow in the near future at the locations of the other eight participating nations.

No More Obstacles Against Town Twinning with Sulmona

Alsbach-Hähnlein (tt). It has been on the table since July 13, 2021: the unanimous decision of the Municipal Council on town twinning with the Italian city of Sulmona. It has still not been confirmed. And many citizens of Alsbach-Hähnlein thinking the European way hope that the ink under the treaty of town twinning will dry soon.

One of them Mr. Hans Hermann. He wishes that the dialogue between both communities will soon have an official character. The exchange has been vivid for a long time the chairman of the partnership association of Alsbach-Hähnlein points out. An intensive contact to the city in the province of L’Aquila in the region of the Abruzzi has existed already for almost ten years. In April of 2012 people of both communities had met for the first time on the occasion of a EC project under the title of “Building Solidarity in Communities (BSC)”, initiated by the Hungarian town twinning partner of Alsbach-Hähnlein, the city of Diósd. Among the nine communities Sulmona was, too. Each of the participating cities and communities took turns hosting all others. Solidarity in action on a European level. Thus, the contacts have never ceased. Moreover: the experience made from this international process finally had been the impulse for the foundation of the local partnership association in the year 2014, since the beginning presided by Mr. Hermann.

Since then there have been more than 25 German-Italian encounters. Among others on the occasion of the Alsbach Fair and of the Christmas Market in 2019, says Mr. Hermann, who had travelled to Italy with a delegation of 10 people in the middle of October. Originally, the trip had been planned for April of 2020, however, then the pandemic had started. Hans Hermann reports on extremely positive talks. It is also said, that the recently elected successor of Mrs Mayor Annamaria Casini, Mr. Gianfranco Di Piero, has a very open and constructive attitude towards the town twinning with Alsbach-Hähnlein. Mrs Casini had no longer run for Mayor on the occasion of the October elections.

Already on September 30, the community was host of the project “Solidarity – key to solving social problems and supporting the evolution of Europe in future”. This event had also been postponed by more than a year due to Corona, however, during the first miles at least some online meetings took place. Taking the initiative, the partnership association built on experience made during the earlier EC Project. Beside Diósd and Sulmona communities from Poland, Greece, Spain, Albania, Bulgaria and Czech Republic participated. Specifically, it is about solidarity in Europe as a key for the future of Europe. “The first meeting would have been an ideal opportunity to seal the partnership with Sulmona”. Because also, Annamaria Casini had had stayed at Alsbach for some days. Even though an official treaty might scarcely change something in the quality of an international relationship, a mutually signed deed of partnership is a ticket to receive grants of subsidies which play an important part in the realization of joint projects. In addtion “KeytoEU” is being co-financed by the EC Programme “Europe for Citizens” as the only German Citizens’ Project. “An honour” as Mr. Hermann points out.

At Alsbach, the three-day’ kick-off took place for a discussion format where up to August of 2022 all other eight cities and communities will act as hosts. The start was extremely pleasing. Among others, there were discussions with young people of School Village Bergstrasse ventilating relevant European challenges of the coming years. Also participating were Mayor Sebastin Bubenzer and the Hessian State Secretary for European Matters, Mr. Mark Weinmeister. Mr. Joachim Felix Leonhard, former Hessian State Secretary for Science and Arts, presented a historical dissertation on Europe with a view to the future. Especial emphasis was laid on the bilateral relationship at citizen level, says Hans Hermann, who is a member to the municipal council for the Initiative Environment Protection of Alsbach-Hähnlein-Sandwiese (IUHAS). He parts from the assumption that within the frame of the next meetings further partnerships may be on the way. This is also one goal of such dialogue panels.

However, he also knows that sometimes it may take longer – not only because of a globally raging virus. After the first contacts in 2012, the first letters of intent on a partnership and cooperation of both communities had been exchanged at the end of 2018. The goal was consolidation and deepening of the mutual relationships. The signees from the side of Alsbach had been Mr. Hermann and the former Mayor, Mr. Georg Rausch. The parliament of Sulmona had agreed to town twinning. At Alsbach a corresponding vote took a bit longer. The partnership association welcomed the resolution of the municipal council in the summer of this year as a decisive position.

The fact that the kick-off of “KeytoEU” did not also become the official start of the town twinning has been regrettable, but ultimately it is only a temporary aspect. This will scarcely have an influence on the good relationship between Alsbach and Sulmona, says Hans Hermann. It will be possible at any time to catch up on the ceremonial act. Moreover, a draft of treaty has already been set up – ready for signature.

Photo No 1: Members of all delegations from nine European communities (photo Hans Hermann)

Photo No 2: In the centre of the old part of the city of Sulmona, there are most of the restored buildings of the city (photo shutterstock)

Photo No 3: The Chairman of the Partnership Association of Alsbach-Hähnlein (PVAH) Hans Hermann, left, in conversation with Mark Weinmeister, State Secretary for Europe to the Hessian Minister for Federal and European Matters